A NFT painting created by British street artist, Banksy, has sold for approximately $400,000. 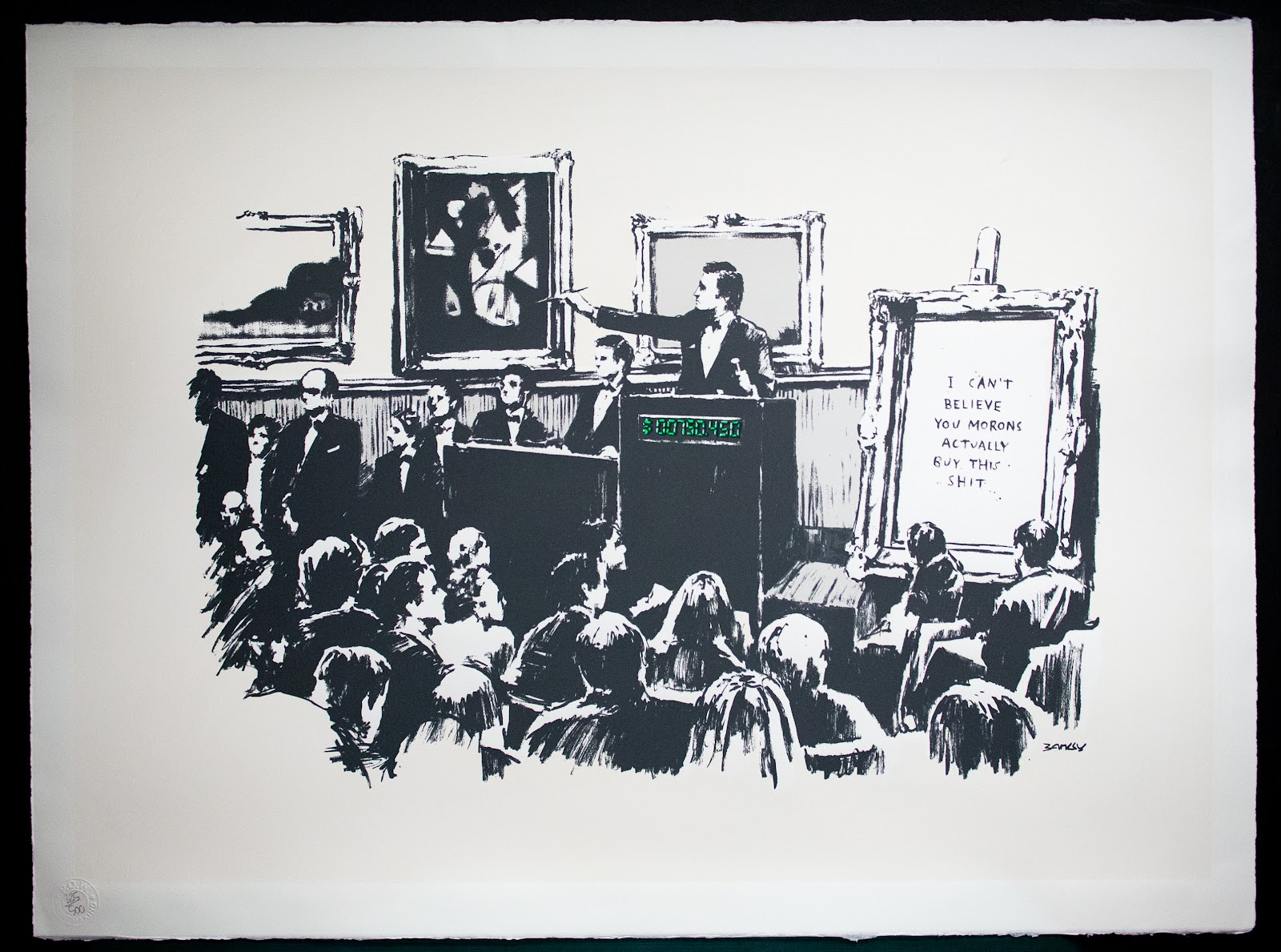 On March 8, the NFT piece was sold on marketplace OpenSea for 228.69 Ether, roughly $382,000 at the time of writing. The sale followed three days of bidding, with almost 70 bidders pushing the price up from the starting of 0.00001 ETH.

This NFT was created by “Burnt Banksy," a cryptocurrency investors group who bought Banky’s painting “Morons'’  for roughly $100,000 in February.

Morons is a painting satirizing the art industry that represents a bustling auction for a framed canvas donned with capitalized words: “I can’t believe you morons buy this shit.” On March 4, the artwork’s owners incinerated the painting on a Twitter live stream at an unknown location in Brooklyn, New York.

The Morons NFT is purchased by ‘Galaxy,’ an OpenSea user who currently has 4 NFTs on display, including a satirical piece depicting renowned artist Frida Kahlo as Kim Kardashian in her infamous ‘internet-breaking’ photoshoot from 2014.

While the token is the first NFT to represent a verified Banksy painting that has been incinerated, However it is not the first to depict an artwork that was destroyed after being tokenized.

In August 2020, former ‘That 70’s Show’ star Ashton Kutcher created a tokenized representation of a notepad scribble depicting a dozen pairs of eyes, a star, and his own signature. The NFT was put live up for charity auction on Cryptograph marketplace.

In February, the investor who purchased an NFT created by celebrity Lindsay Lohan then proceeded to burn it — sending the token to an un-spendable wallet address so that no one can own or trade the token in the future.